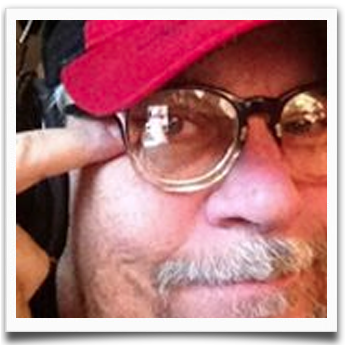 It is said that the eye is a window to the soul...

If you had to pick one thing about Dani Dudovick that sets him apart it would be his eye for how things should look on a page or on a large or small screen and he doesn't quit until it looks just right. He is now into his third reinvention of himself as a design, advertising, illustrative and interactive guru. Having worked at big shops like FCB and Grey early in his career, as well as a small shop or two, Dani has seen a lot and also aided many big national brands, as well as small local and regional ones, operating in pretty much every industry -- packaged goods, entertainment, tourism, healthcare, financial, fitness, legal, real estate, telecomm, manufacturing and on and on and on.

For the last decade or more, Dani has run his own shop. He’s well versed in all of the tools and plugins that are useful to marketers, from Wordpress to deceptively simple yet strategically on-target logo and interactivity design. Much of his time these days is spent weaving websites. Yes, he’s won a bunch of awards. Yes, he’ll be glad to provide contact information so his happy, happy clients can sing his praises into the phone or onto the screen for you.

The distinctiveness of Dani Dudovick is two fold. On a more nuts and bolts level, Dani got into the whole website creation thing early on. Early like 1992 or so. He figured out that his value would increase dramatically if he was good at not just the whole outward facing design of websites -- the esthetics and navigation (UX) -- but also understood and could direct others at that mysterious back room coding stuff. So he has also become a practioner of programming, a coder. This "coding" stuff gave him access to one critical slice of the big picture few art directors or print designers rarely glimpse let alone understand.

The efficiencies this dual understanding provides and the seamlessness it produces pay dividends for those who avail themselves of Dani’s skill sets. He also has the most fun designing in the browser. It’s one of the many reasons you should put him on your list of people you can depend on. Plus, he nearly always answers the phone, and delivers the goods on time and on budget.


Why not request a proposal or give us feedback on the website?

We're glad you enjoyed the work enough to get this far. Just fill out the form and we'll get back to you via phone or email within 24 hours if not sooner. We're skittish about writing proposals these days but if we have some idea of how much you want to spend it's easier, just remember our motto. We're looking forward to working with you and, hopefully, one day, considering each other old, dear friends.

I'f you'd like to get any other rare missives we infrequently send, click the "yes" box at the bottom of the form and be assured that your privacy will be our highest priority.

This website was developed to present the creative talents of Double Dog Productions. All of the content contained herein was art directed, designed, illustrated, coded, and otherwise messed with by Dani Dudovick's own hands except where specifically noted, and is exhibited soley to attract work, enlighten, and entertain.